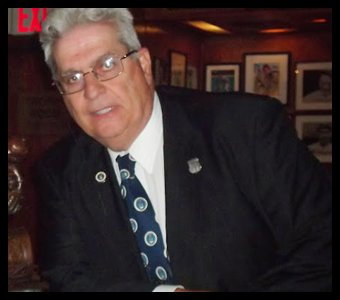 Born, bred in New York, Dr. Vincent Maligno was with the Xaverian Brothers for several years. Upon leaving, he furthered his education at Manhattan College. He then entered the United States Air Force, where he was commissioned a second lieutenant. Vincent married Amelia in New York, and they began their world tour with baby Julie in tow, while he served in the Air Force. While traveling the world, from stateside to Guam and then Germany, Vincent and Amelia had children Melissa & Megan. Upon his return home, there were three more children born, and now 4 grandchildren.

Serving two tours in Vietnam, Vincent furthered his education and obtained his Master’s degree from the University of Oklahoma. While stationed in Germany, he obtained his doctorate from City University Los Angeles. Stateside, Vincent completed two more degrees at the College of Staten Island.

After leaving the military, Vincent became a teacher/administrator for the New York City Department of Education. Vincent specialized in Special Education, working with students with special needs. Two of his children followed in his footsteps, as special education educators. Education is a big part of their life.

Vincent worked close with young adults through the years, as a sports official since 1968. He is qualified in baseball, basketball, football, soccer, softball and volleyball. Vincent’s hobby is photography! Taking a vast amount of pictures during his world tour, his collection is astounding.

Vincent is co writer of a published book, “John Of Divinity”. He is also co writer, partner, and co producer with Looking For GOD Productions, for the full feature screenplay, “Looking For GOD”, currently in pre production. The production team is in the process of completing the trailer, and music video, featuring our theme song, Looking For GOD. Vincent is excited that Looking For GOD will prove to be a moving and inspirational dramedy.